Bring Out Your Inner Rebel

Few items of clothing are as iconic as the leather jacket. With fall right around the corner, The time is almost here to move them to the front of your closet.

Though leather jackets are used as a form of warmth during colder months, we mostly opt to wear them over a regular jacket to give off a certain ‘look’. These jackets are fashionable, and give off a perception of “cool.” While initially invented for function rather than fashion, the jackets’ history helps us associate it with the “cool” vibe.

In 1928, raincoat and pattern maker Irving Schott placed the zipper, a new invention at the time, on a motorcycle jacket. The jacket was called the “Perfecto,”named after his favorite cigar. He decided not to put his own name on the jacket, because he thought they wouldn’t sell due to his names Jewish background. 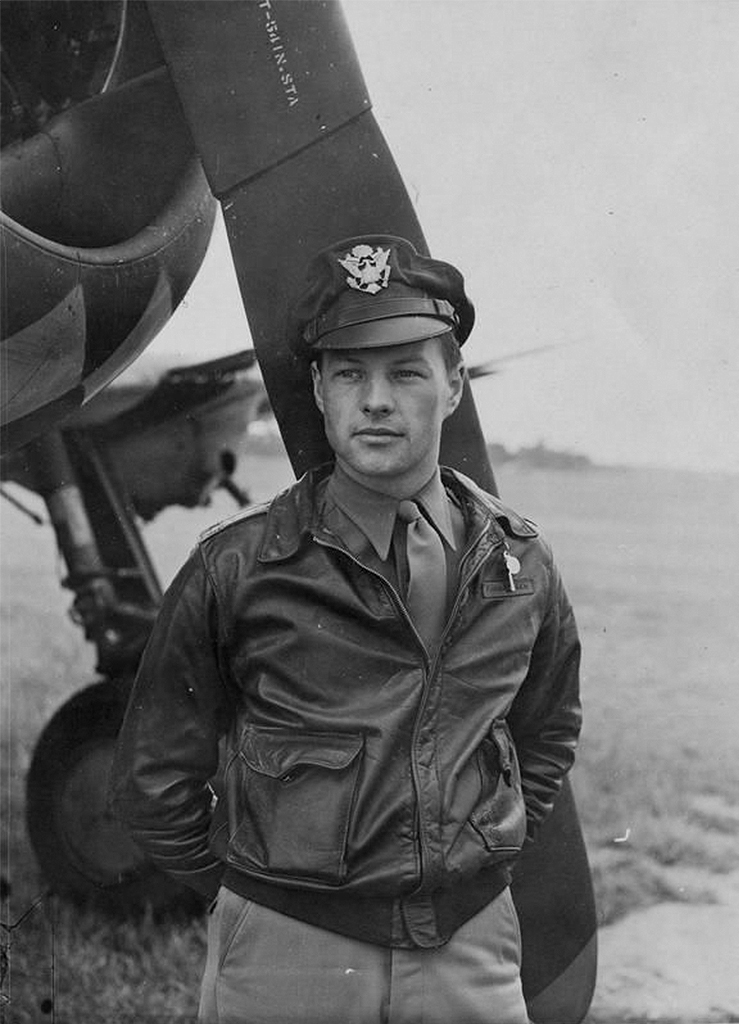 He sold his invention worldwide through Harley Davidson and Beck motorcycle-parts magazine advertised as the perfect jacket for on the road winds.

Soon after, the US military and police force took notice. The military had been wearing leather jackets with buttons– Schott’s jacket was far more practical. Schott made peacoats for the Navy, motorcycle jackets for the police, and bomber jackets for pilots.

Bomber pilots wore these leather jackets, thus the name “bomber jackets.” The jackets were perfect for the exposure of climates changes at high altitudes. They sometimes were lined with sheepskin for warmth. The style is still a popular fashion trend today. 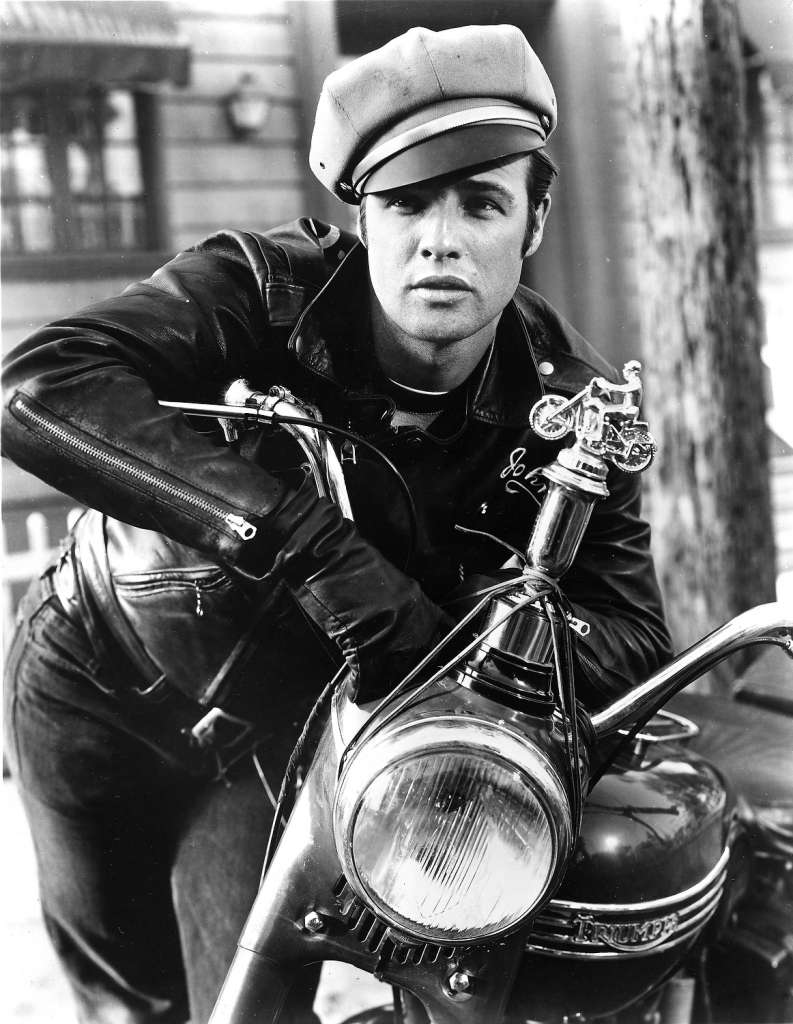 In the 1953 movie The Wild One, Marlon Brando was the first to wear Schott’s leather jacket on the big screen when he played a motorcycle gang leader. The jacket became even more famous by James Dean two years later in the film Rebel Without a Cause. These two prominent actors helped associate the leather motorcycle jacket with a bad boy image. The jacket soon held the power to instantly turn a movie character cool.

Leather jackets helped shape a subculture of the 1950’s and 60’s called the “greasers” (due to their greased-back style of hair). Greaser was a term associated with different types of people for a few decades, but the term always had a degenerate meaning. 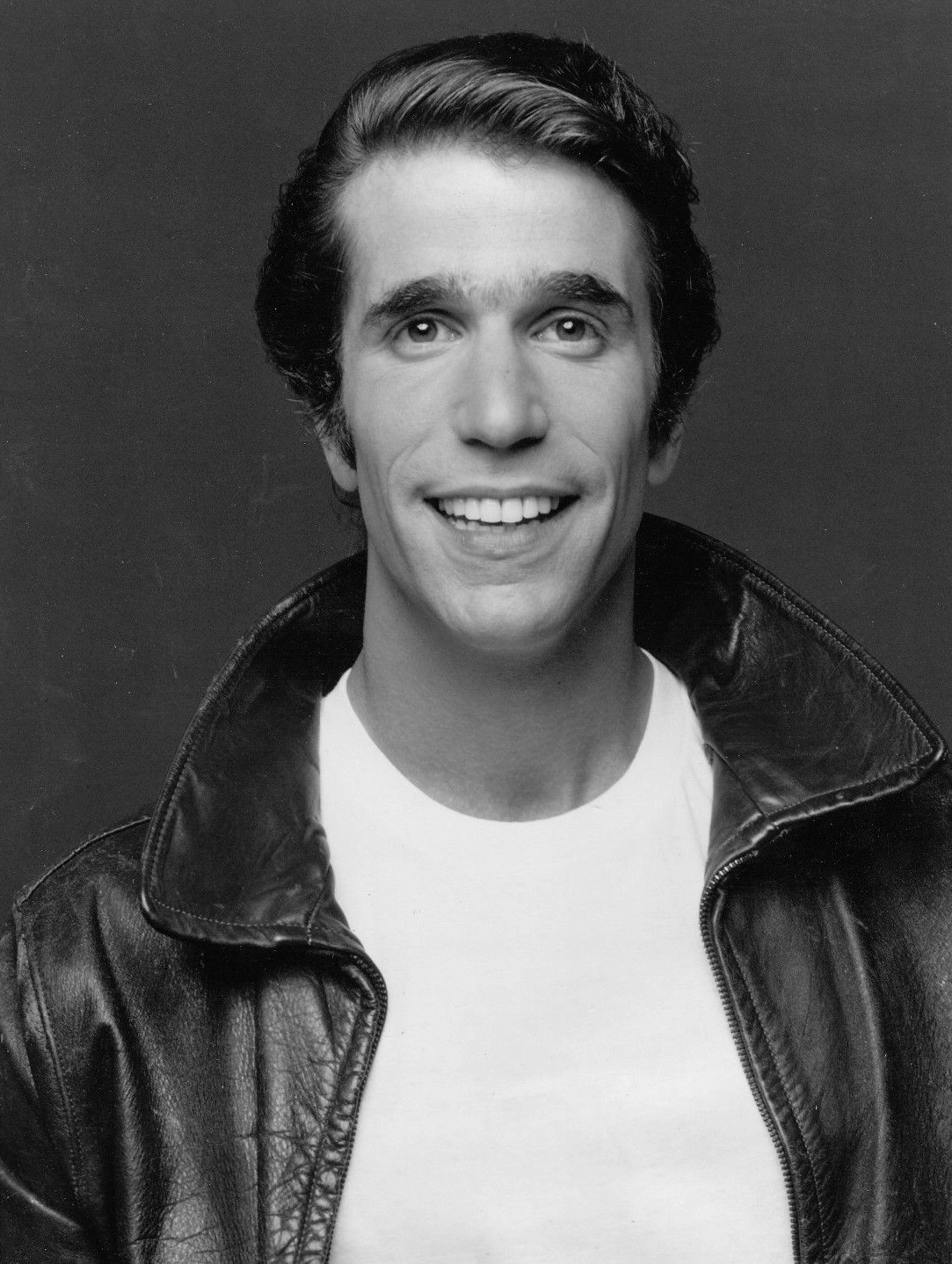 Greasers were working-class teenagers and young adults in the United States and Great Britain. They listened to rock and roll, had interests in motorcycles, were rebellious, and of course wore their leather jackets. What would Danny Zuko and the T-Birds in Grease be without their leather jackets? The Fonz in Happy Days?

Today, some schools ban certain colors in fear that students are associating themselves with a gang. Decades ago schools banned leather jackets, because they were a symbol of rebellion.

The stigma of leather jacket-rebellion comes from the 70’s and 80’s when rock groups everywhere wore them like uniforms. The Ramones regularly wore Schott’s jacket and other bands followed along soon after.

The 70s and 80s also became the time when this previously male-dominated trend became unisex. Female singers like Blondie and Cher started wearing the jackets and women of the moment followed along. This was also the time when people began to customize their leather jackets with pins and studs.

The 1990s turned the jacket from punk to high fashion. Regular people started to wear them as an addition to a casual ensemble of a t-shirt and jeans. These jackets were less embellished and more fitted.

Today, leather jackets are a closet staple and an item definitely worth splurging on. These investment pieces are always in style and their durability makes them last for decades. Oh yeah– and they keep you warm. 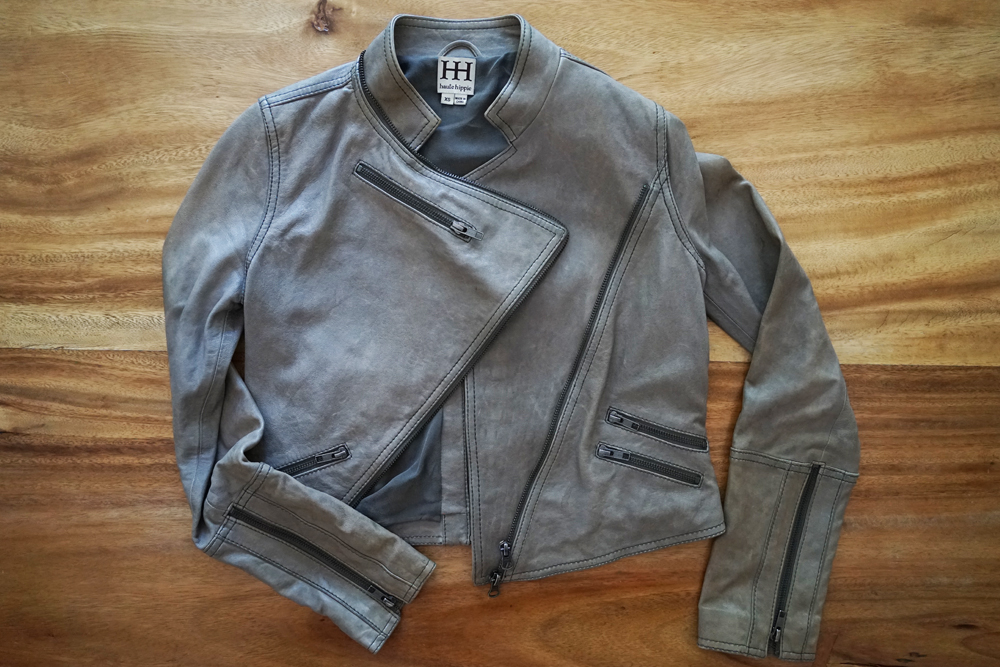 You may have once been called a poser for wearing one or were assumed to be in a motorcycle gang, but the stigma is over. Everyone is free to wear them, as the garment has been around for almost 100 years. Any style around for that long deserves to be accepted by the masses!

Schott isn’t widely known, but his invention helped shape different small pieces of history. Schott can rest easy knowing that there is still no other jacket out there that is better to cruise around on a Harley with.